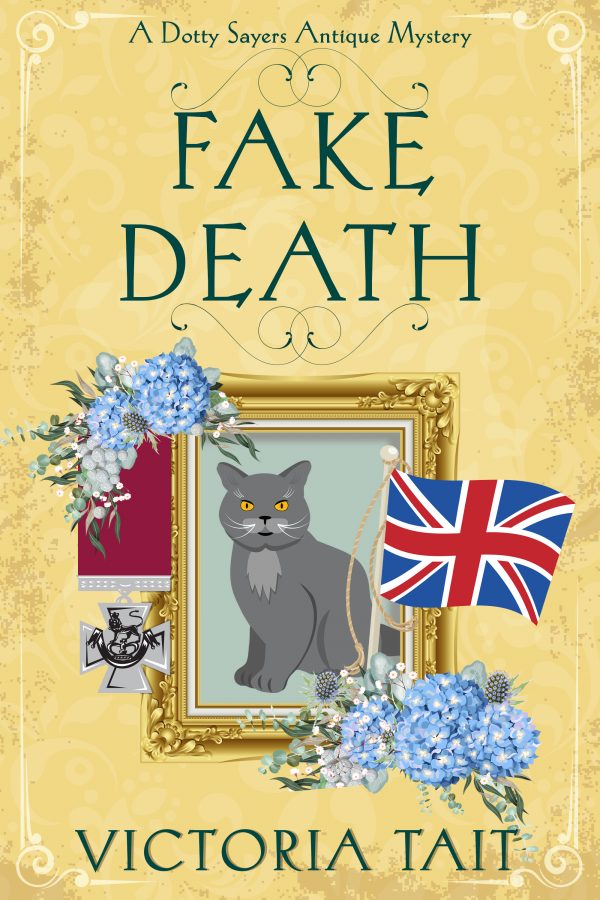 One dead body.  Multiple identities.  Can an amateur sleuth see through the charade before she becomes a tragic victim?

Young military widow, Dotty Sayers, is delighted with her new job at an auction house in Britain’s picturesque Cotswolds.  She reluctantly agrees to take part in a Remembrance parade, to commemorate her husband and his fallen comrades, but she’s shocked to learn that after the event an unknown soldier is found dead.

Dotty assists the police and appraises objects found at the victim’s house, but rather than identifying the deceased, she discovers numerous personas.  When a suspect is arrested, and Dotty is asked to look after his British blue cat, she realises appearances can be deceiving.  Can she track down the real culprit and prevent an innocent man from being imprisoned?

Can Dotty unmask the killer without putting her own life at risk?

Fake Death is the first book in the captivating Dotty Sayers Antique Mystery series.  If you like intriguing mysteries, entertaining characters and the glorious British countryside, then you’ll adore Victoria Tait’s enthralling tale.